Inspired by the opening credits to HBO's Westworld, the TVASurg production team wanted to make something special for our 2017 annual animation production. Working with transplant surgeons and medical researchers, we've gained insights into both the incredible advances in medical technology, simultaneously tempered with the realities of the challenges to implementing promising new research.

While numerous institutions are pursuing the potential of regenerating human organs in the lab, right now there are countless individuals on organ transplant waiting lists that can't wait for these advances. For many, organ donation is their only option. In this animation short, we wanted to pay our respects to the generous organ donors who give the gift of life.

The first step in this project was a careful analysis of the Westworld opening credits, with particular attention to the composition of the shots. Our goal was to develop a homage that would capture the mood and feel, while at the same time delivering a completely new and original narrative.

As professional medical illustrators, we really had to take our hats off to the creators of the Westworld Opening Sequence. This piece was directed by Patrick Clair, who employed a team of roughly six designers, five modellers, and four animators. In the early stages of developing our reel, we poured over media coverage of this opening sequence. This interview with Clair is one example of a page that we revisited several times.

Equally important to the inspiration of our reel was a song featured on the Westworld show, an instrumental cover of Radiohead's song "Motion Picture Soundtrack" by Vitamin String Quartet. This song plays during a particularly poignant scene in the HBO series, and we felt the energy it was capturing was something we wanted to reproduce in our short. From the group's website:

"Vitamin String Quartet, or VSQ, is not a string quartet in the traditional sense. Rather, VSQ is a series of string quartet projects developed and produced by CMH Label Group, an independent record company based in Los Angeles. The CMH team works with an ever-evolving cast of arrangers, producers, string players and other creatives to bring each project to life." 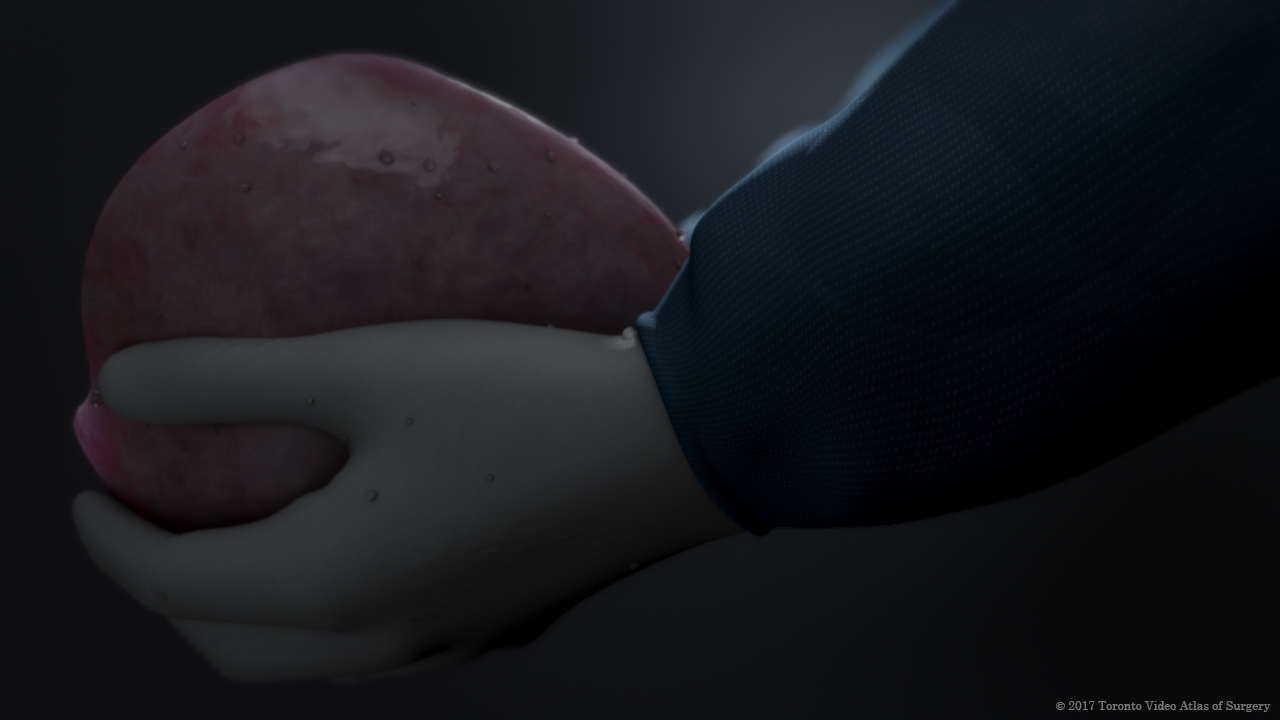 Ensuring medical accuracy is a prime objective in our work at TVASurg. For this short, we wanted to show accurate human anatomy while at the same time taking an artistic license to represent these forms in a cohesive aesthetic. The underlying narrative is a positive message we wanted to convey based on our experience documenting organ transplantation cases. 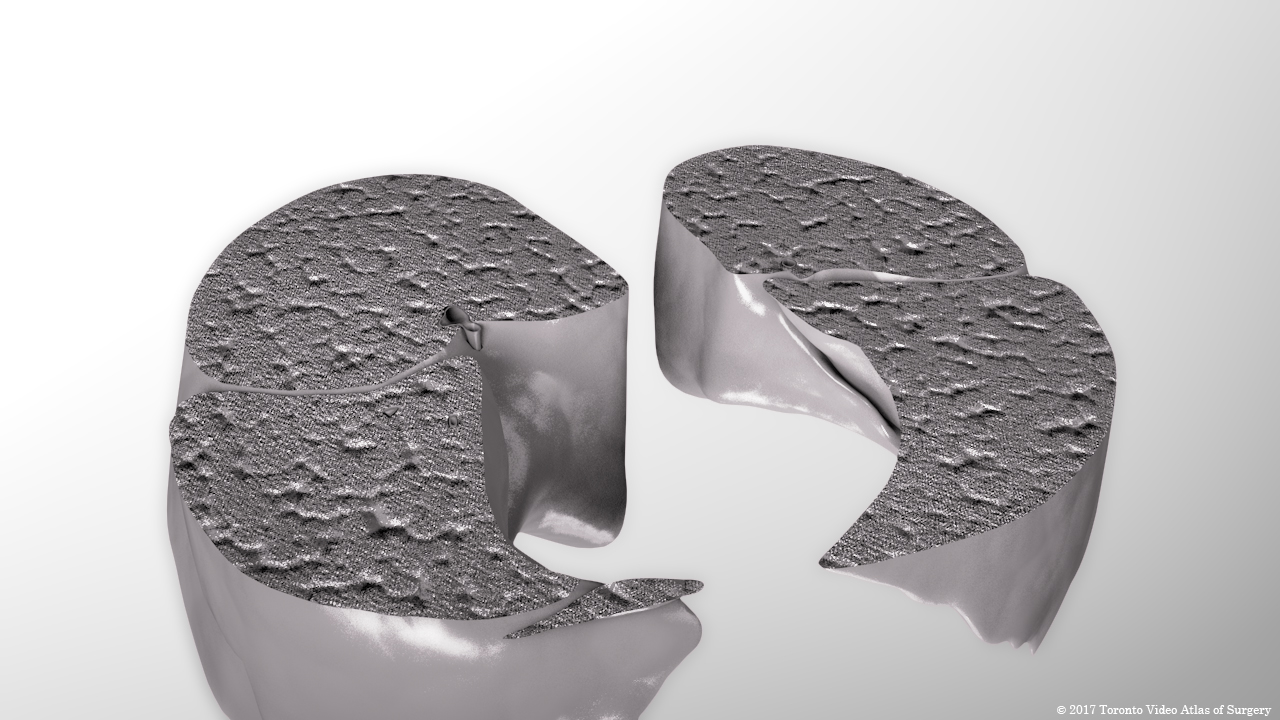 Recent advances in medical research demonstrate the potential to generate new organs using 3D printing technology [1], [2], [3], [4]. Indeed, 3D-printed prosthetics are already being employed in various cases, often to replace bone or soft tissue. The synthetic creation of entire complex human organs such a heart or liver, however, is still quite a ways off. Therefore, for many in need, organ transplantation may be the best option, and we wanted to craft a visual journey through the real-world, life-saving gift of organ donation.

We began to set up shots using our library of 3D anatomical reconstructions that have been modelled from various TVASurg projects. The first step was to rapidly create a full-length, low fidelity version of the animation for a "proof-of-concept" we could then use to build upon. Arrangement and timing of the shots, and insertion of new shots took place throughout production. 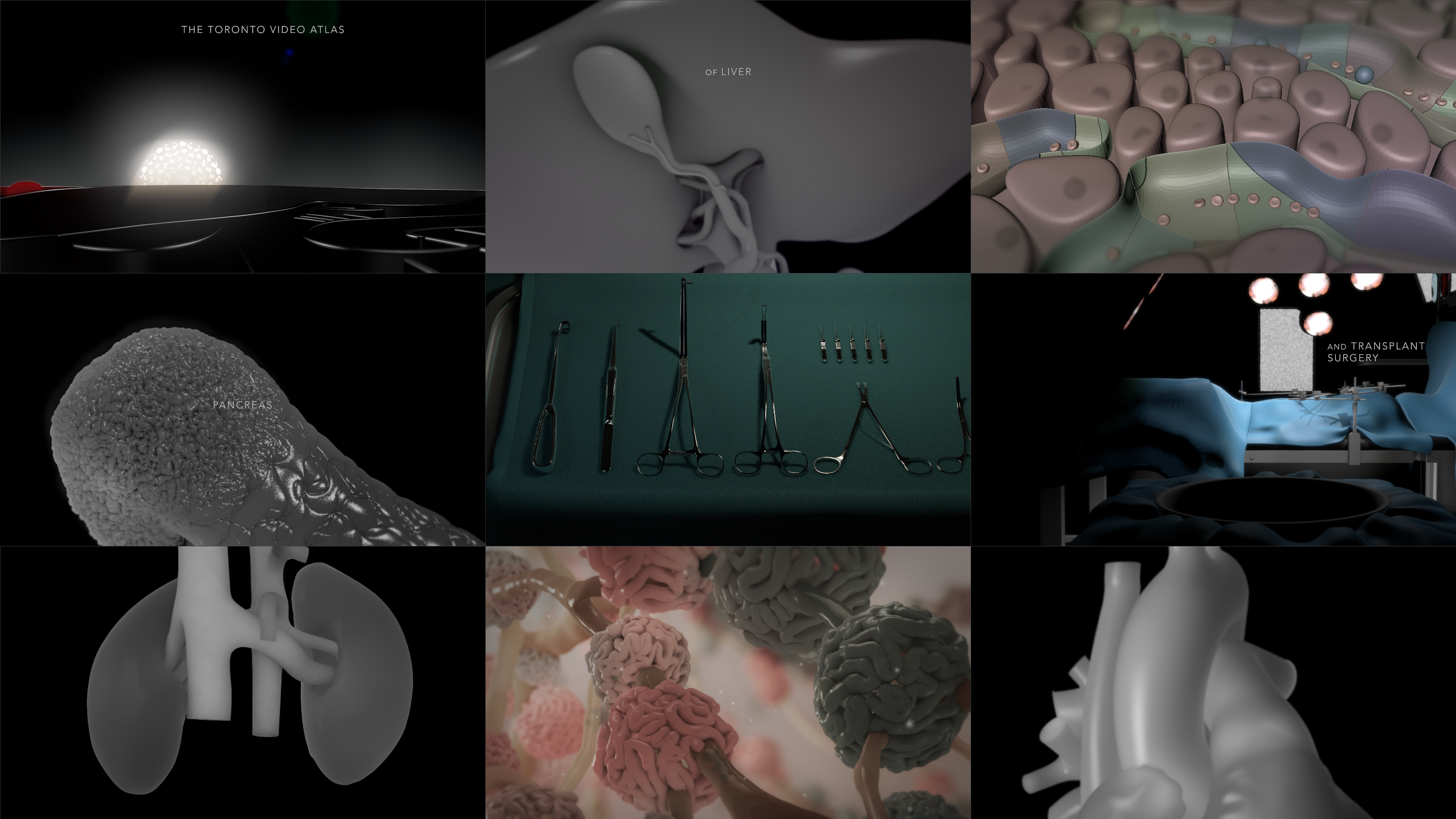 Just like the Westworld opening, many long production hours would be going into shots that are only on screen for a few seconds. We knew each of these shots would have to stand on its own as a fully realized, compelling image.

As medical illustrators, this project allowed us to grow by providing us with a new set of challenges. We wanted to portray microscopic environments alongside macroscopic anatomy, telling a story about organ transplantation that spans the entire spectrum of physiological events. We felt this would broaden the scope of the video's narrative landscape, and pay tribute to the invaluable insights medical research has provided in making human organ transplantation possible. This meant we had to seek out a plethora of reference images to augment our already swelling archive of surgical footage. 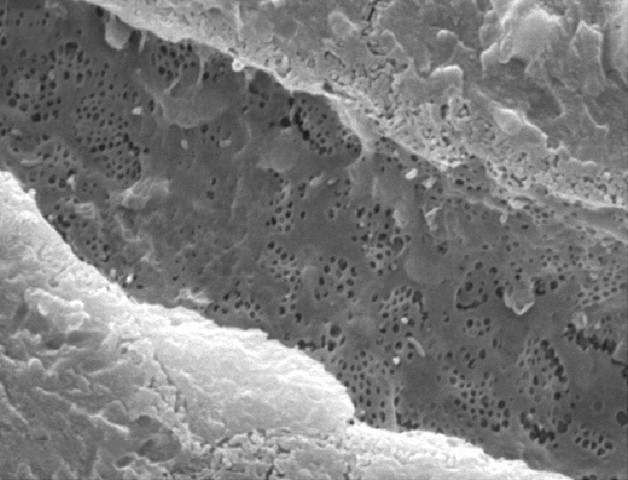 One of the most enjoyable aspects of this project for us, was we were able to think more about composition of shots from a cinematic viewpoint, rather than operating from a strictly pedagogic approach. Here are a few examples of our favourite scenes in their early stages of development.

Our experiments and ever-evolving production workflow have paid off on a visual journey we hope you will enjoy watching as much as we did creating it.

We'd like to thank you for taking the time to learn more about the development of this short, and we encourage you to leave us a comment, or send us an email if you'd like to hear more. Please subscribe to our newsletter if you'd like to receive monthly notifications of our latest updates.