Over the course of producing many high-end surgical education videos at The Toronto Video Atlas of Surgery, we have come to develop a set of best practices when it comes to recording, editing, rendering, compositing, compressing, uploading and hosting videos on the web. For this month’s blog post, we’d like to start a discussion on some of the technical specifications we look at during the editing and compressing phases. To begin, here are the recommended settings we use for outputting our videos: 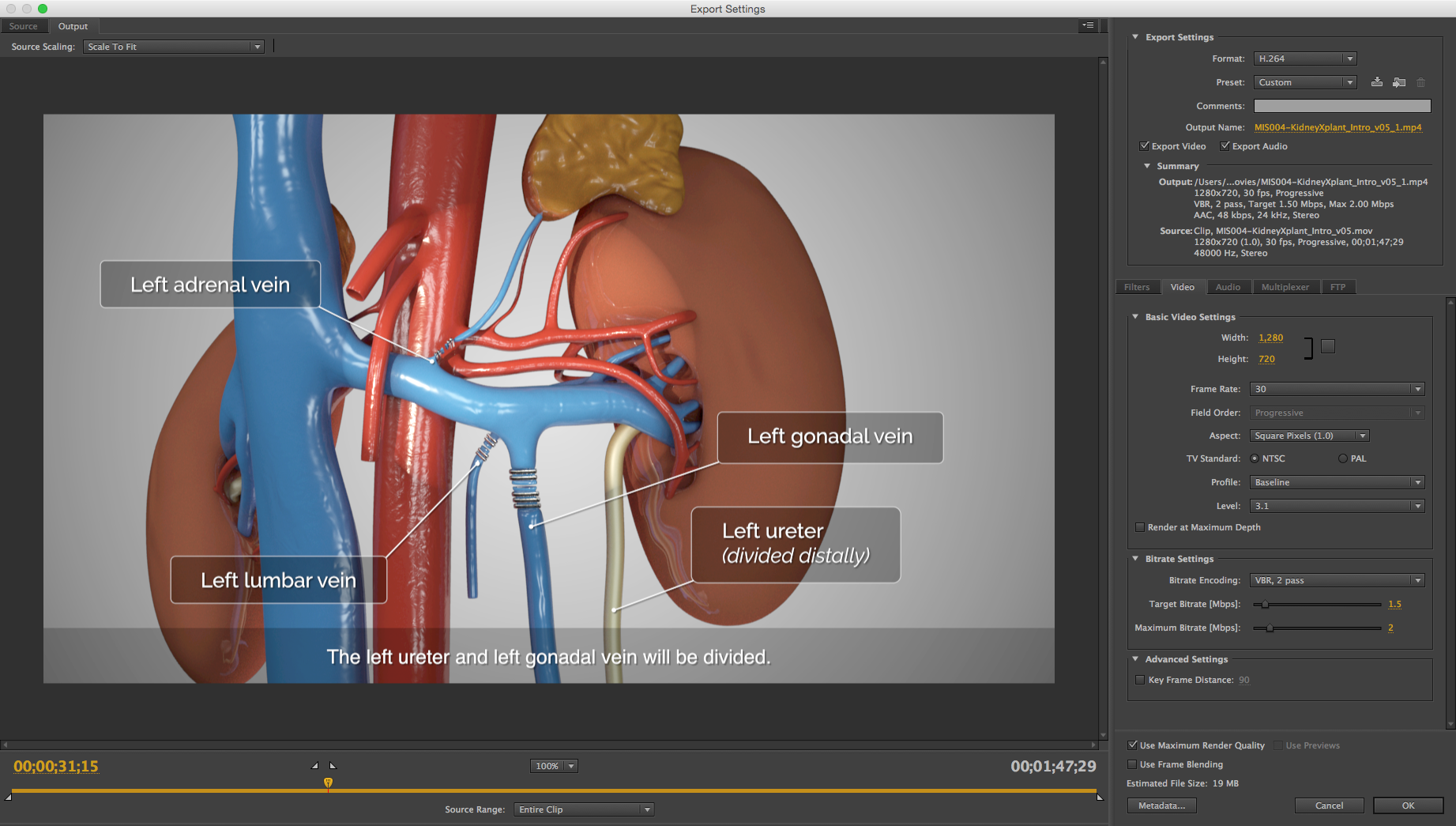 A video’s dimensions, codec, frame rate, profile, bitrate, and other settings are set when exporting and/or compressing a video. The example shown above is with Adobe Media Encoder.

These specifications give us a good balance between maintaining high video quality, as well as keeping the video file manageable for people to view on the web, in particular if they’re viewing through mobile devices.

The first and most important thing we need to understand when it comes to video is resolution. Video resolution refers to the size of the video dimensions (when it was originally captured) and is expressed as image length (in pixels) times height (also in pixels). So when a camera records video at 1280 by 720, what that means is it records a rectangular image that is 1,280 pixels wide and 720 pixels tall.

The term “high definition” or “HD” has been used many times throughout the history of video, but these days it usually refers to a video of dimensions 1920x1080. It is not uncommon for video at 1280x720 to also be called “HD”, so it’s good practice to clarify what specifically the dimensions are when someone says “HD”.

4K resolution, or 4096x2160, is quickly becoming the new “high res” size for video, but there is a major drawback with 4K, which is that it results in massive file sizes which are both difficult to edit, and cumbersome to host on the web. Of course internet bandwidth speeds and software will eventually catch up, but as of this writing, what is considered “standard definition”, (e.g. 640x480), is still widely used on the web. 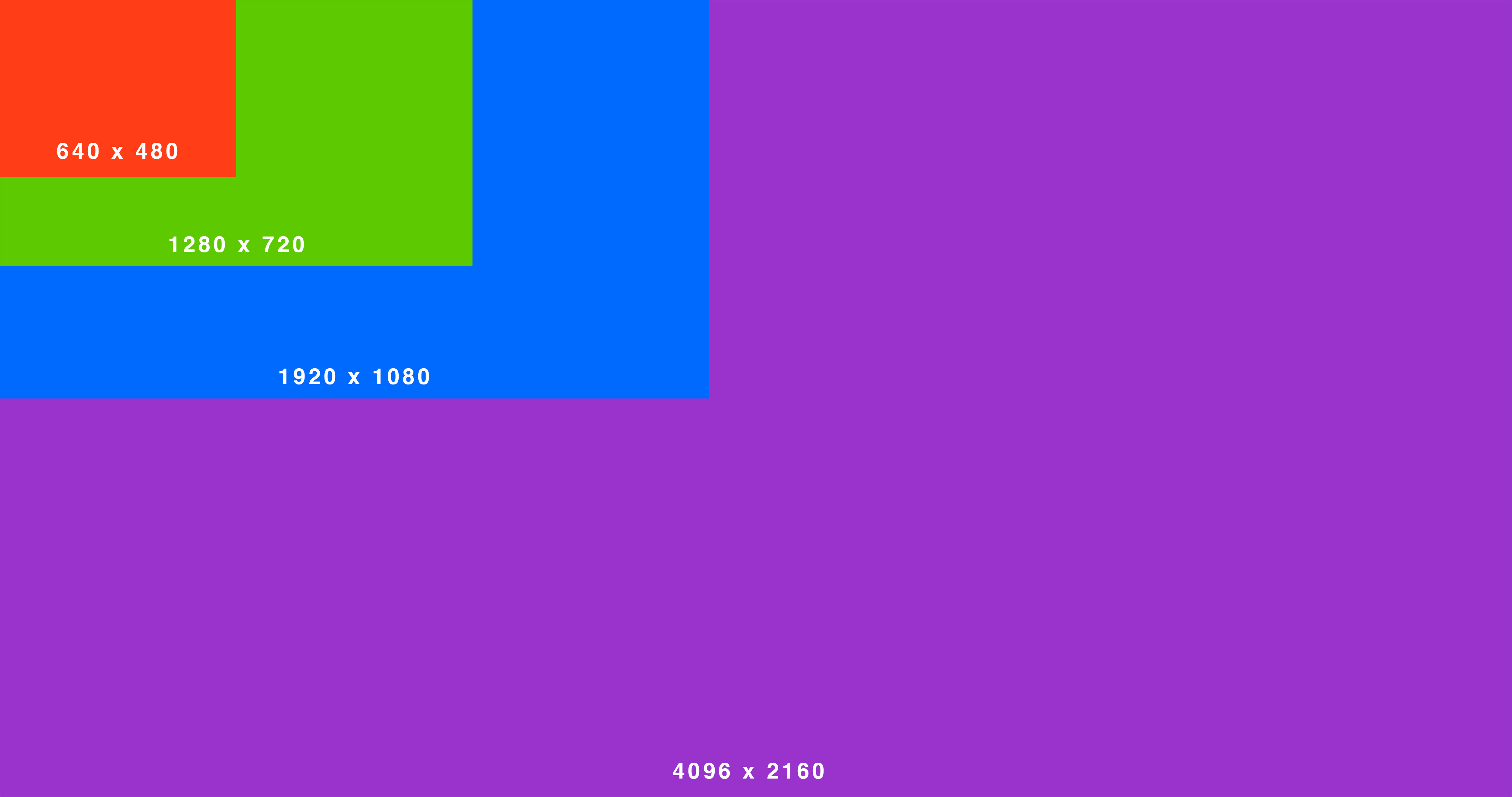 The blue section of the above image that represents full HD resolution is what you would usually want to capture for surgical video. Unfortunately, without realizing it, what surgeons often save and then later try to edit is the red box in the upper left corner, the smallest one! This is usually because the default setting on video capture devices will be a memory-saving, low-res size. Many surgical video capture systems require you to manually set them to capture HD video.

Resolution is something everyone who works with video needs to be familiar with, because resolution is a measure of the maximum pixels an image contains; you can only reduce this number during the editing process. The catch here, is that a smaller source image can be scaled up to occupy the same space as a larger image. The important distinction to make, is that while an image or video can easily increase in dimensions, its resolution will remain constant when being scaling up.

Computers are very good at quickly scaling images, and this can make things deceiving. Smaller images aren’t actually getting any bigger when we zoom in or scale them up, our computer is instead taking individual pixels, and turning them into blocks of pixels all of the same colour, hence, scaled up images of low resolution will look blocky or “pixelated”.

Scaling down a larger image to a smaller one is easy, our computer simply throws away pixels. Pixels are also removed from a raw image through cropping and compression (covered later).

When maintained at the same scale, as we remove pixels from the image (thereby decreasing its resolution), the image gets less sharp and loses detail. The images above are represented at a constant scale, but the resolution of each progressively decreases.

Ultimately, we always want the highest possible resolution when we’re filming, because that will give us the best possible end product. Often in surgical video editing, we have to zoom in on the raw footage we’re provided with to focus the viewer’s attention. So, even though we may film at 1920x1080, often the final video output is actually 1280x720. 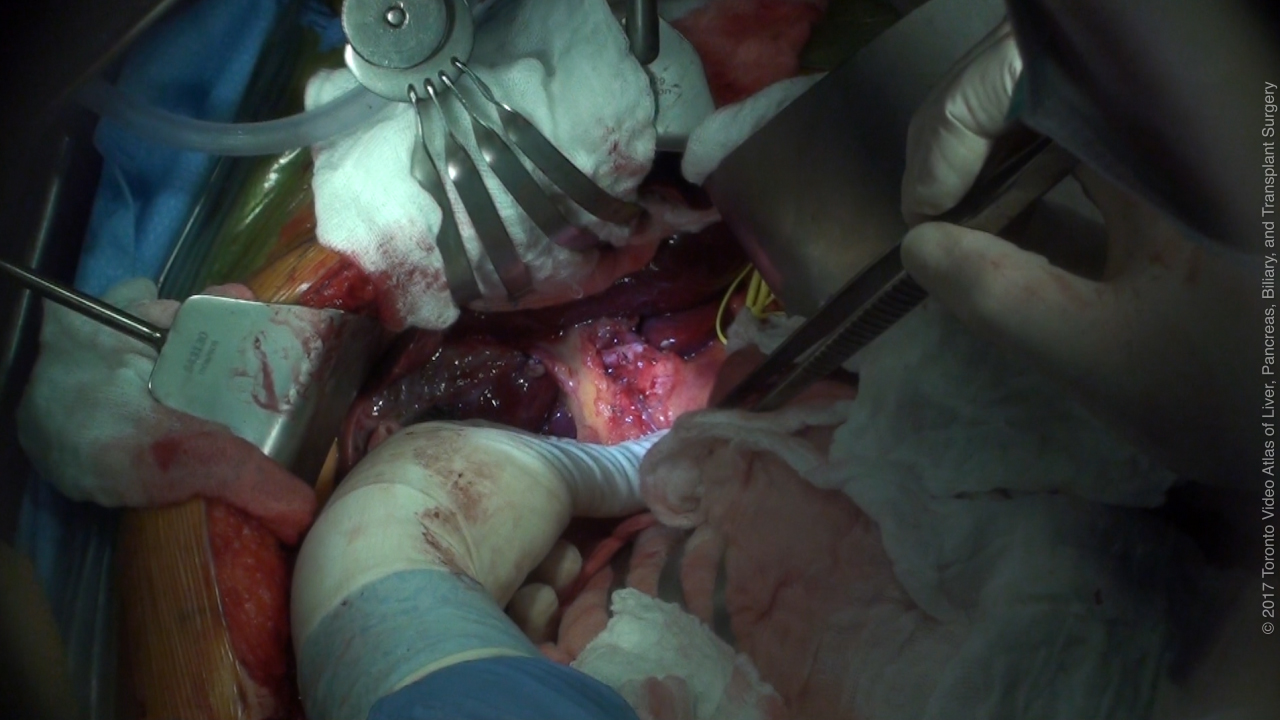 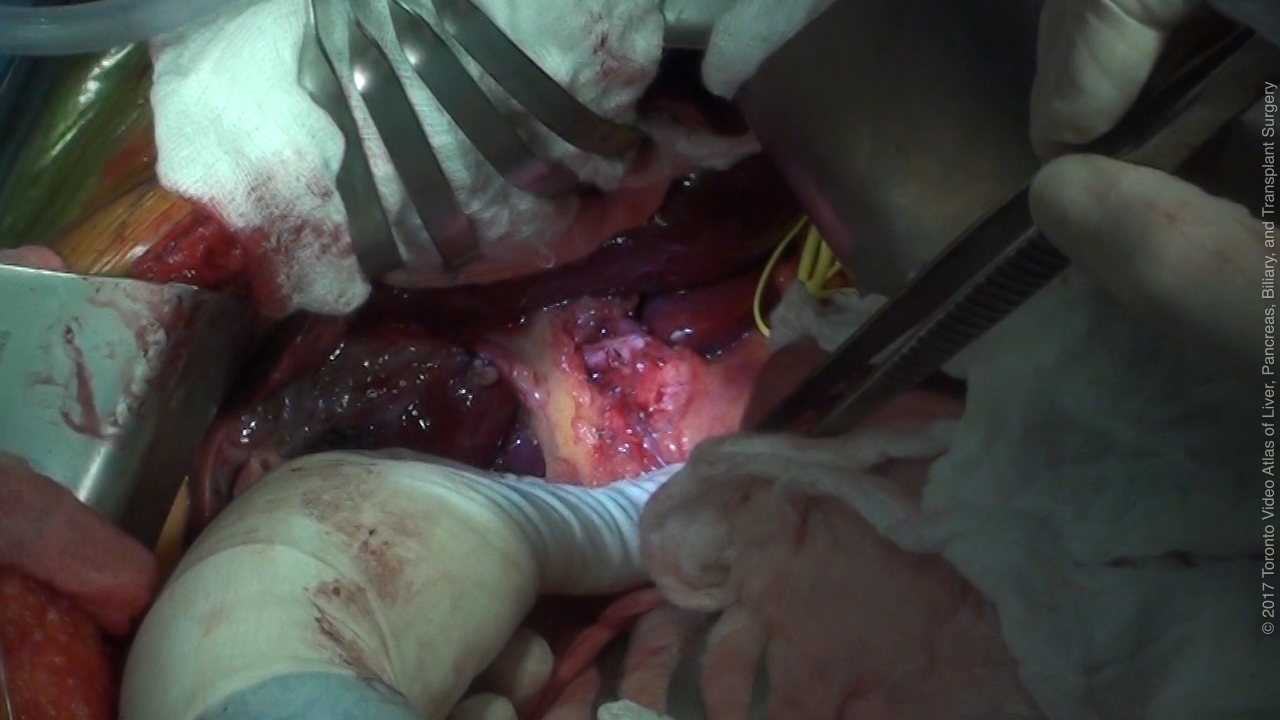 This actually works out for everyone’s benefit, because larger videos take longer to download onto a computer or device to be viewed, so, by downsizing our videos, we’re actually reducing the data demand on our viewers.

This can be a problem though, if the raw footage you have to start with is of a lower resolution, such as standard definition 640x480. For surgeons, things can get really confusing because the resolution of the screen displaying the surgical cameras, the video capture device, and the saved compressed video could all be at different resolutions. 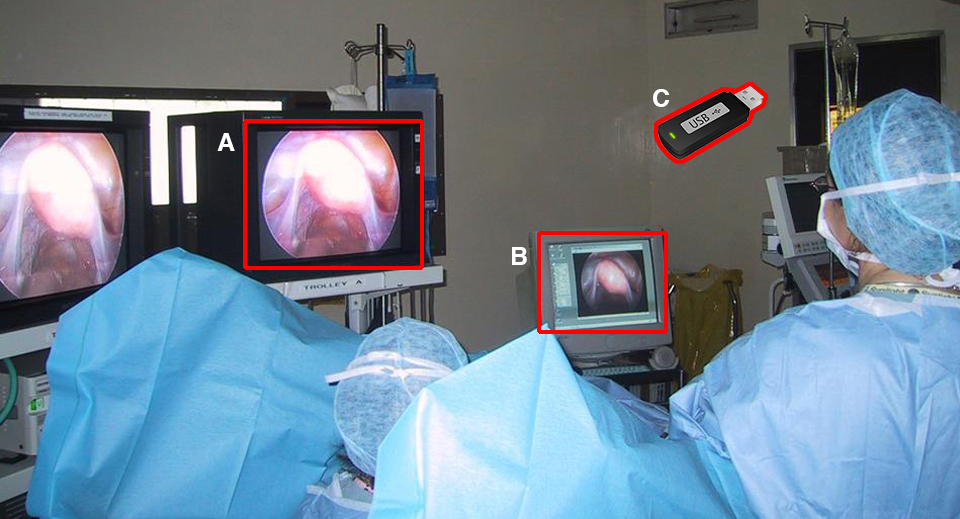 One last thing to look at when we are discussing video resolution is the aspect ratio, which refers to the relative difference of width versus height. The older standard definition formats, carried over from the earlier days of film and television, are in the aspect ratio of 4:3. This aspect ratio is somewhat box-like. The “HD” dimensions we just discussed, 1280x720 and 1920x1080 are both 16:9 aspect ratio. The width divided by height gives us the same value as 16 divided by 9, which is 1.7777…

The 16:9 “landscape” formats of video have become the new standard for film and television because, in addition to being better for landscape shots, photographers and directors often prefer a composition that is more naturally fitting to the human field of vision. The older 4:3 aspect ratio is considered by many to feel too claustrophobic. At many, if not most, surgical conferences though, projectors that will show videos and presentations are often set at a 4:3 aspect ratio, so something to keep in mind.

Stay tuned for next month's blog post, where we'll continue our discussion on video editing!